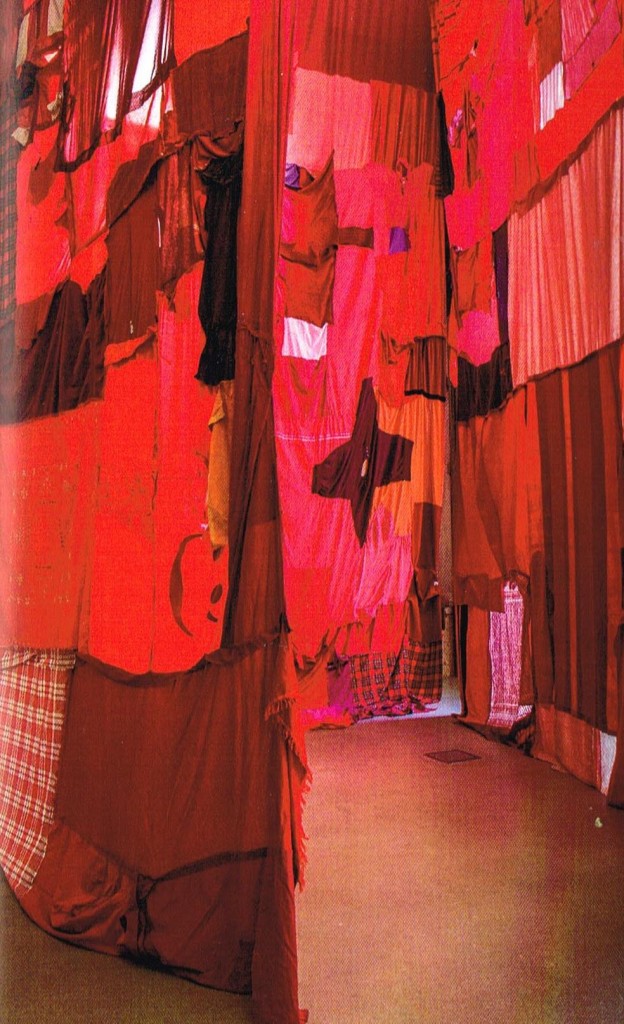 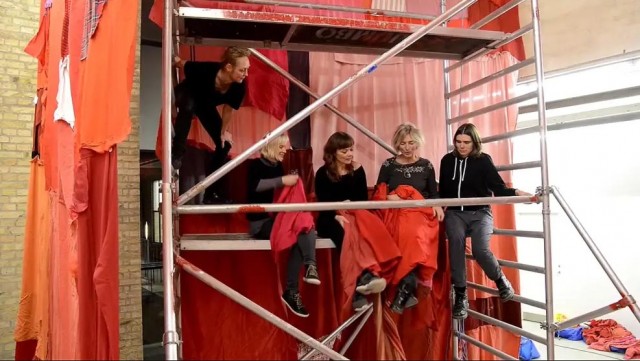 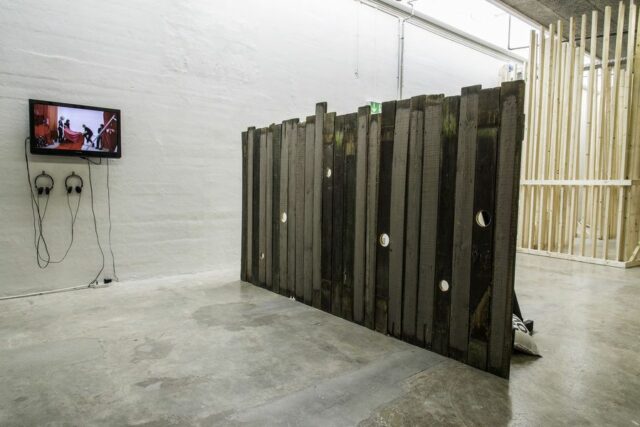 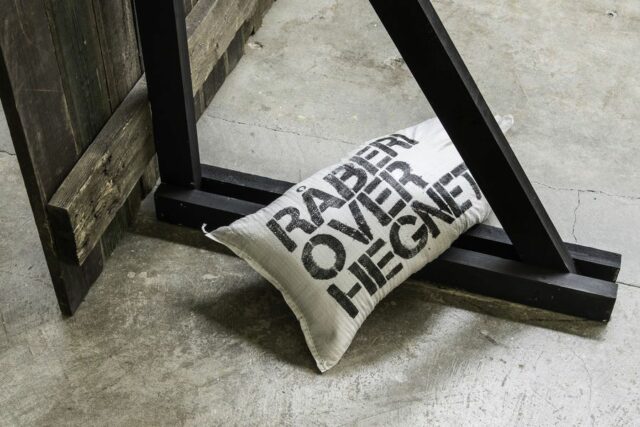 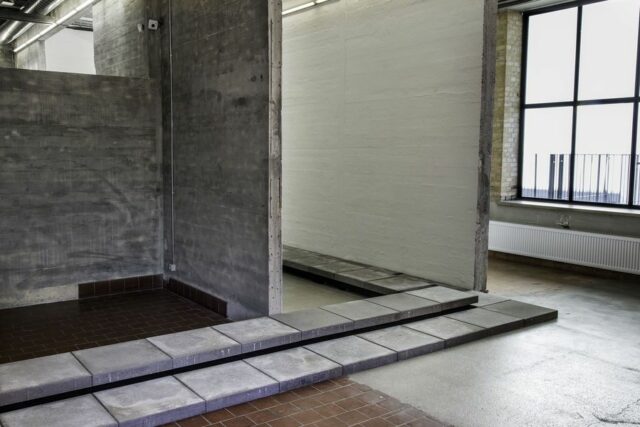 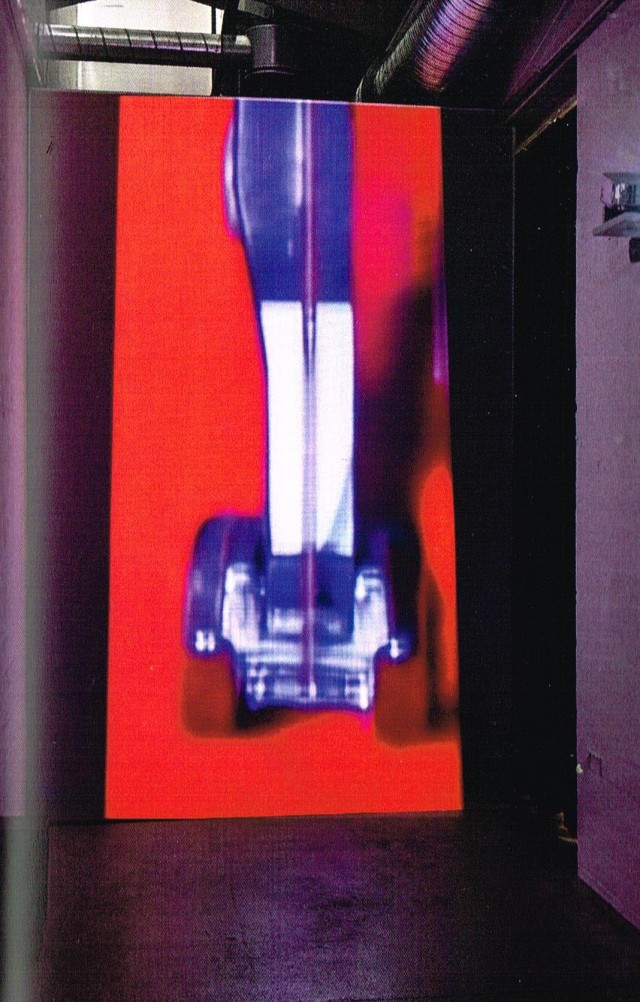 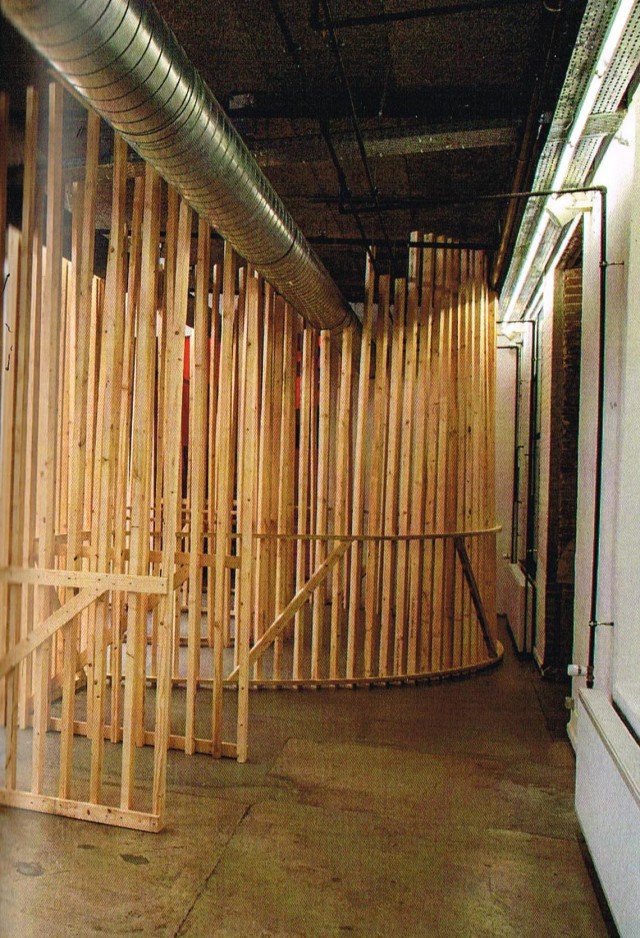 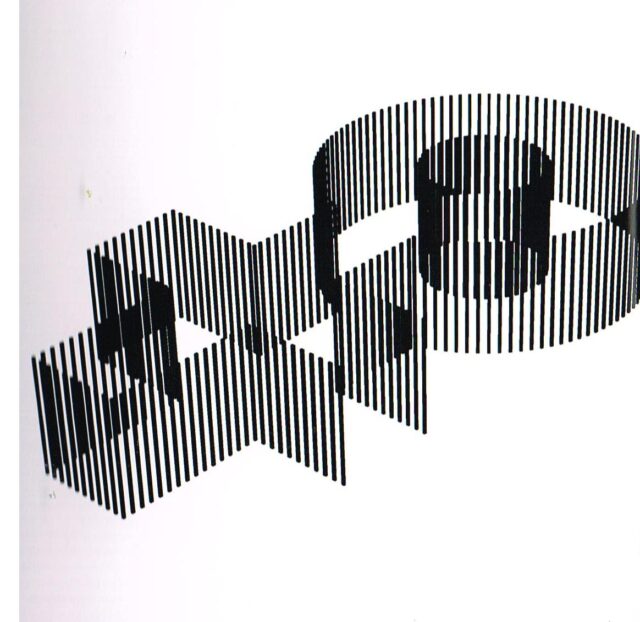 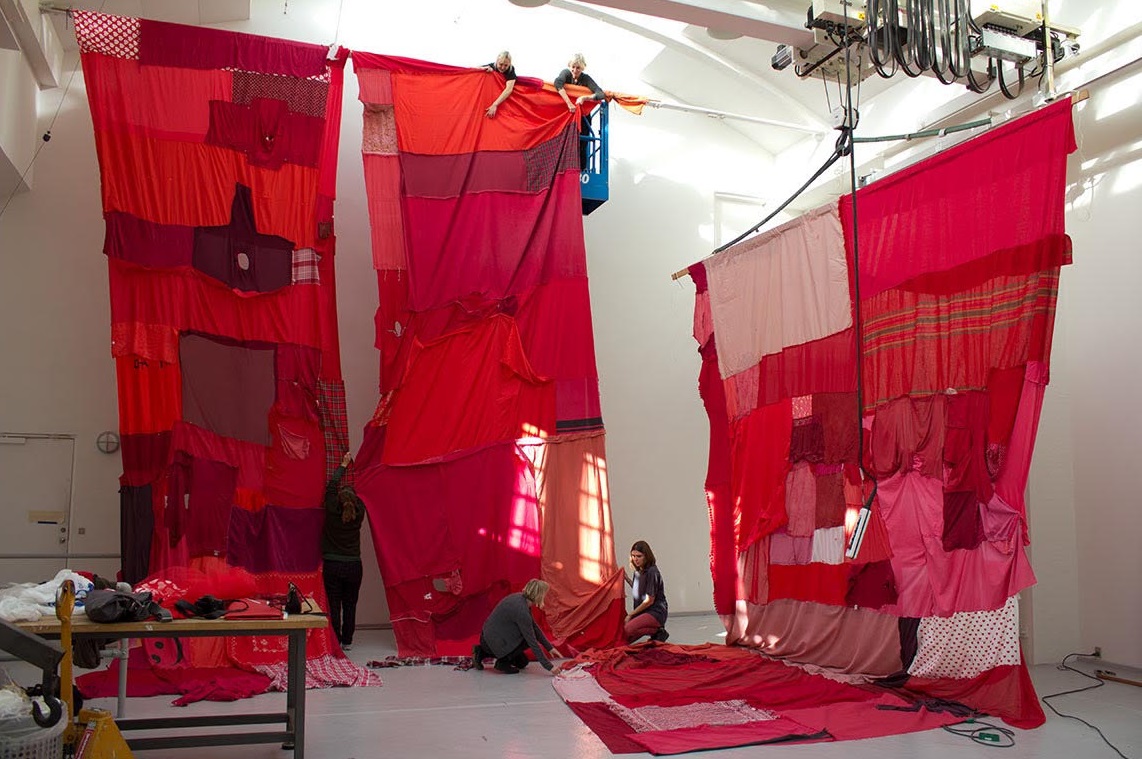 On Statens Værksteder for Kunst Råberi Over Hegnet has a work stay. On the photo working with the work “Sendebud”

The five established artists, Linda Bjørnskov, Pernille Kløvedal Helweg, Anne Marie Ploug, Melou Vanggaard and Maria Wæhrens mostly work individually, intuitively and media specific. However, as the artistic group Shouting Across The Fence they challenge each other in an open artistic community where the collective, and not the individual artist, expresses themselves.

The group has created a collectivistic and site-specific total installation in Kunsthal NORD. By filling the exhibition spaces raw and ‘masculine’ setting with a range of new and spectacular art installations with thematic focus on gender, body and language.

However Shouting across the Fence is also inspired by society – and art critical movements, like the 60s neo-avantgarde, which attempted to challenge the classical art institution and existing art concept by placing construction materials , “ready mades” and found materials into the artistic frame.

The most significant piece in the exhibition is an unprecedented installation concept in Kunsthal NORDs biggest space. An enormous wooden construction with four hundred laths form the shape of an appropriated female symbol, for the audience to walk into, out of and around.

With the title and strong symbolism the piece, set in Kunsthal NORDs industrial surroundings, where men toiled to provide the citizens with heat and electricity, sets the exhibition Shouting Across The Fence distinctive storyline.

The five artists are clearly inspired by feministic strategies of the past, yet they manage to add humour and narrative perspectives with a consciously distanced and critical approach to present feminism.

As it comes to to show in the piece, The Equality Pavement, which is installed as a two-step concrete pavement with a level difference so the audience can achieve equality despite differences in gender, age, sexuality, race and economic status. Or in the piece, Messenger,which consists of over 10 metres long stitched, used pieces of red fabric, that each contain its own unique story.

The title, Piece, Shouting Across The Fence, consists of a fence made from recycled wood. As in the exhibition generally, the five artists pose subtle questions about the voyeuristic subject and the desired object and involved the audience as both all-seeing and invisible at the same time.

This entry was posted in exhibitions. Bookmark the permalink.